Instructions for living a life.

So many of us, in our busy lives, choose not to pay attention. And we lose out on experiencing the sheer wonder of the world around us. We neglect ourselves and our needs. We move quickly and cautiously, with our eyes on the pavement, never stopping to gaze up at the sky or to look around and observe.

When you start to pay attention, you can’t help but be astonished by what you discover. It changes the way you live your life because you can’t help but feel in awe of even the simplest things. You stop taking things for granted. And you begin to see the beauty in everything.

You start to make small changes in the way that you live. And you find that these changes are affecting other areas of your life. And it snowballs.

MoveStillFree is a blog about living simply and vibrantly. It’s about the journey of becoming – expanding the human spirit through adventure, exploration, and experience. It’s about finding freedom and the excitement of discovery. It seeks to bridge the practical and the spiritual, the everyday and the exotic, because they are not mutually exclusive. It’s about finding balance and enjoying life’s simple pleasures – slowing things down, getting rid of what no longer serves you.

Energy-balance isn’t some fanciful, esoteric idea. Balance is a state of necessity and there are practical ways we can achieve this balance if we just take some time to pay attention. Not sure where to start? Start here! I’d love for you to join me on the journey! 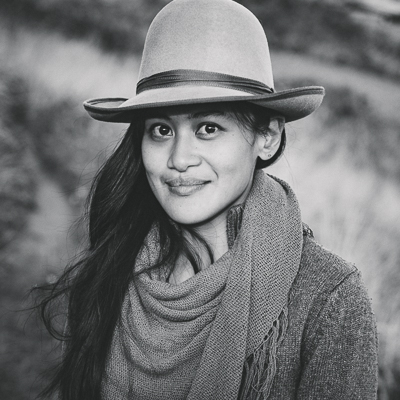 Life is a process of becoming ~Anais Nin

Born and raised in Toronto, Canada, she has had the great fortune of learning and living in some amazing parts of the world including Australia, California, Hawaii, New York, India, Indonesia, and Peru.

Marianne spent many years as a high-strung multi-tasker in marketing, public relations and event planning – primarily in the apparel/retail industry. Then she discovered yoga.

She traveled to India on a short sabbatical. The sabbatical turned into a multi-year exploration all over the world. Life would never be the same.

Since removing herself from the hustle, Marianne has been on a journey of discovery and adventure. She immerses herself in different cultures, traditions, languages and alternate realities. She’s now harnessing these experiences and life lessons, and sharing them with whoever might be interested (namely You, dear Reader).

A long time ago, Marianne received a BA in Mass Communications and Sociology. Not sure why. Probably because she thought she had to get a degree in something. But she loves learning and continues to do so through voracious reading and immersion.

Marianne believes that movement is crucial to balancing energy. She’s been teaching yoga since 2008 and has taught in India, Peru, Australia and Indonesia. In 2012, she became a certified Trance Dance facilitator. Sometimes she practices Yang-style Tai Chi (short form) but has a hard time remembering the entire form. She’s been dancing since forever.

She’s obsessed with food but refuses to follow recipes. She believes in a holistic approach to nutrition and opts for whole, organic, fair-trade, unprocessed food whenever possible. She hates waste and brings reusable bags and containers wherever she goes, sometimes to the confusion of the people around her. She has gone from mindless consumption to mindful simplicity. She aims to be as conscious and conscientious as she can about the choices that she makes.

Marianne strives to be the most authentic version of herself, despite the possibility of disappointing others. She lives her life in full-spectrum, traversing the globe with her partner-in-life (PIL), the artist formerly known as Shane Beresford, as they uncover the secrets to living a life less ordinary in an expanded consciousness – design and communication professionals by day, superheroes by night.

Marianne makes lots of mistakes but has no regrets.

The entire contents of this website and blog are based upon the opinions of the author who retains copyright as marked. The information on this website is not intended to replace a one-on-one relationship with a qualified professional and is not intended as, or shall be construed as, legal, financial, medical or expert advice of any kind. It is intended as a sharing of knowledge and information from research and personal experience. I encourage you to make your own decisions based upon your own research and strongly suggest you seek in-person advice when necessary from a qualified professional.

Privacy is important to me. I would never rent or sell your email to any third parties. Your emails, as a subscriber to my blog, are solely for updating you on MoveStillFree posts.

This website may publish excerpts and summaries from copyrighted works under Fair Use, which allows the use of copyrighted materials for purposes of commentary and criticism for the public interest. MoveStillFree transforms summaries of the original copyrighted work into a new format and adds new information and value in the form of commentary or criticism. I have no intention to compete with the original copyrighted content. Rather, it is my intention to promote such content and deliver readers to such content.